The concept for a public Rose Garden came after the tragic 1968 explosion caused the city to desire a positive image. Richmond had been designated the “Rose City” and everyone had been asking Where are the Roses? Moreover, German gardens in Zweibrücken were visited in the early 80’s by the founding members for ideas of a public garden. Ground was broken on March 15,1987. The All-American Garden was opened to the public June 27,1987 as the EG Hill garden celebrated its 50th year with a re-dedication. The dedication of the All-American Garden was September 12,1987. The Friendship Garden was added in 1992. Today the All-American and Friendship gardens combined are referred to as the Richmond Rose Garden, and are maintained entirely by volunteers governed by a very active board of directors. Richmond Parks Department maintains the EG Hill garden to the west. 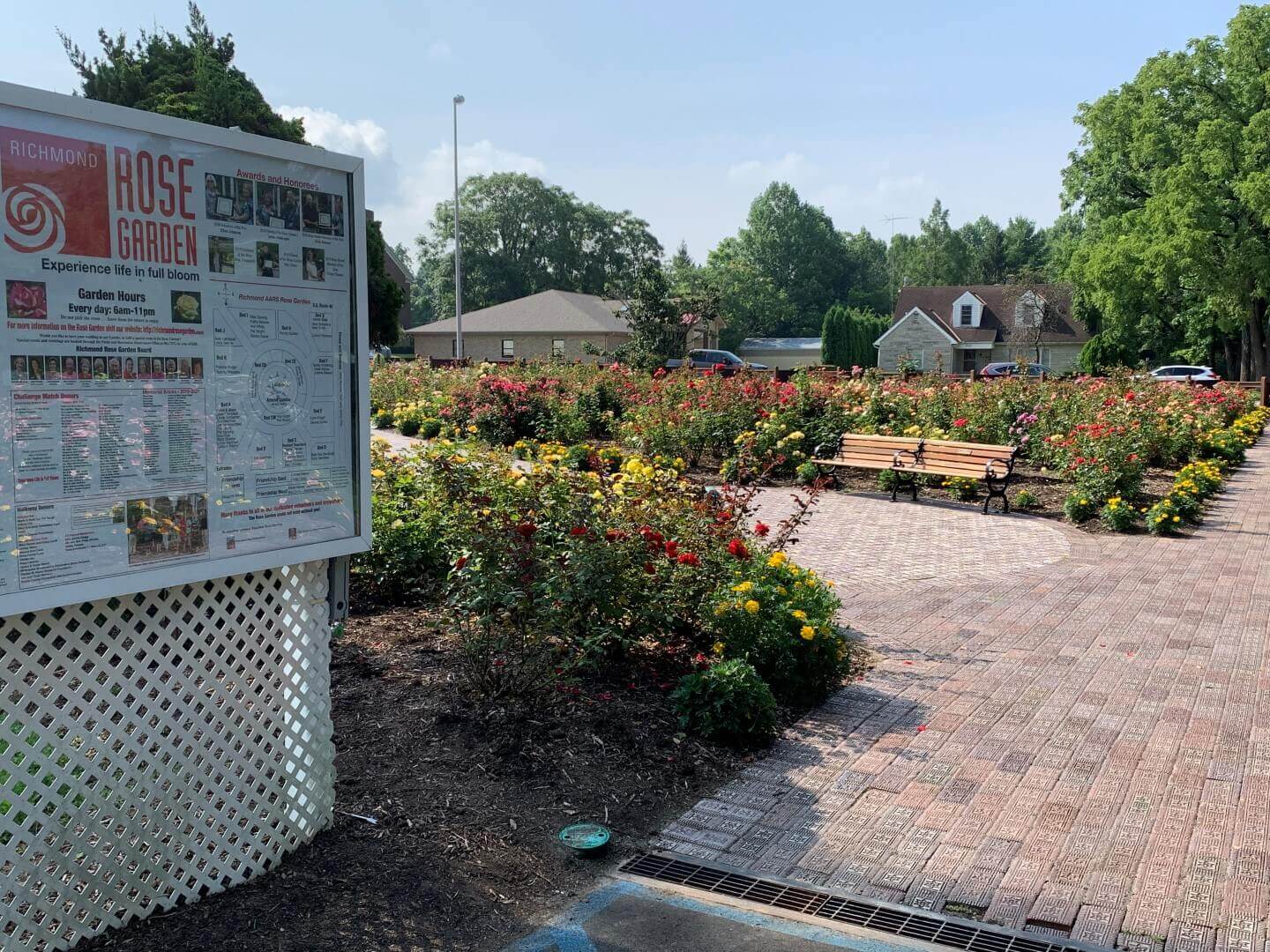