The Gazebo is a prefabricated, copper­ roofed structure 12 feet in diameter which graces the Garden’s center. With the Garden on a tight budget in 1987, Dana Weigle, president of the local McDonald’s operations, came to the rescue. He had heard of the gazebo plans in June of 87’at the rededication of the E.G. Hill Garden, and he also knew that the amount needed to complete the project was not in the Board’s budget. Consequently, he offered the Gazebo as a gift from the McDonald’s corporation. In making his presentation at the Gazebo’s dedication in September, 1987, Weigle observed that Ray Kroc, the late founder of the McDonald enterprise, “left a legacy to his operators, and certainly with me … that we should give back to our communities some of the benefits we receive from them”. To this day, the Gazebo remains an iconic structure in the city of Richmond which is easily recognizable by the community. 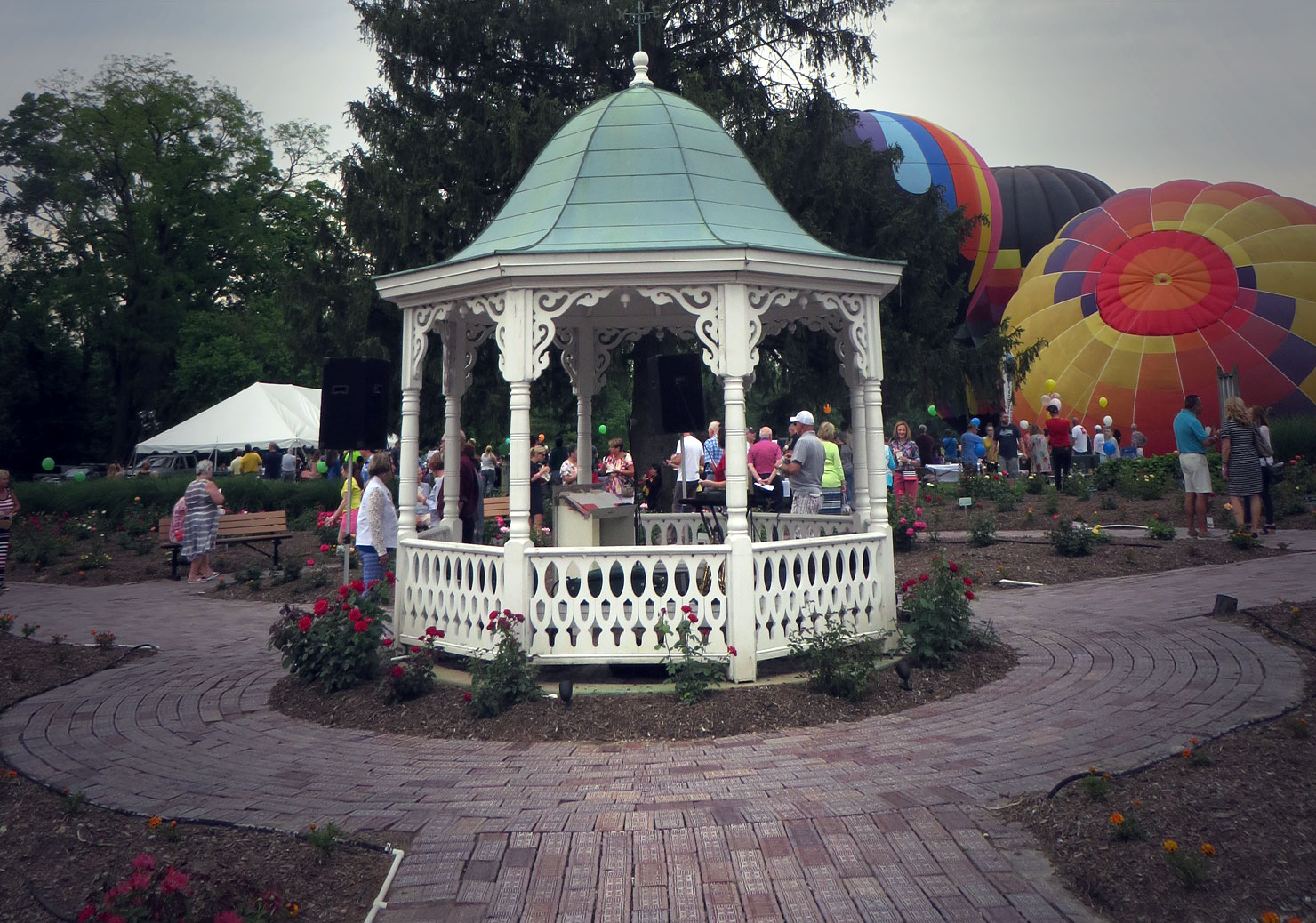